Live it up in Austin, the "Live Music Capital of the World," when you book a stay at our luxury hotel in the heart of it all. The 4 star W Austin stands in downtown, next to the world-famous Austin City Limits. Encounter over 250 bars, restaurants, theaters and concert venues of Austin when you explore the area around our unique hotel. Like you, we thrive on creativity and uniqueness. Our hotel's restaurants are distinct entities, from Trace Restaurant, offering an innovative menu with locally sourced ingredients, to the Living Room, which features four eclectic areas that provide very different and special culinary experiences. Stay in one of our hotel's luxury suites offering a stunning view of either Lady Bird Lake or downtown Austin. When your busy day in our city comes to an end, curl up on your own ultra-comfortable W Bed. Order in-room service and watch the latest series on your flat-screen TV. You love to discover new things when you travel. Let the W Austin be your guide.

Welcome to The Living Room

We've knocked down the walls of a traditional lobby so you can open your mind and feel alive while cocktail socializing. Savor a libation from our extensive martini list or enjoy bottle service. Once the lights go down after 9pm, the Living Room transforms into a stylish lounge where fashionable elite mingle with the avant garde jet-set as DJs spin sultry, inspiring beats.

Our Living Room is so much more than a hotel lobby. Featuring four unique spaces, this gathering place is perfect for a more relaxed group feel. Sip on signature cocktails like our Jalapeno Cucumber Lemonade, while thumbing through the over 8,000 records that adorn our Records Room. Cheers.

Snag a seat at the bar for happy hour and do a little people watching on the sidewalk patio. Steeped in Austin character and style, TRACE offers a unique dining experience in downtown Austin

Experience more than just a casual hangout in Austin at The Living Room. With 8,000 vinyl records, spanning the full spectrum of the musical world, our hotel bar creates an atmosphere unlike anything else in downtown.

Our signature restaurant, TRACE Austin, is a sleek and sophisticated restaurant featuring the finest flavors of Central Texas sourced directly from the region's surrounding farms. Enjoy happy hour in the restaurant, patio or Front Yard. TRACE has a dedicated forager who oversees a completely local purveying program for ingredients that are organically and/or sustainably produced.

Keep it Fun at the WET Deck

The WET Deck goes above and beyond a standard W pool, with Day Passes, rentable cabanas and kasbahs, and the annual summer series Sound Wave, Night Swim, and Summer Crush.

Learn More
/
SOAK IT IN AT OUR AWAY SPA

Re-charge your body and mind by escaping to AWAY Spa by W Hotels. Our therapists are at your service to re-energize you with our custom spa packages, including massage, facial and body treatment options. Perhaps you're looking to reward top performers with a spa treatment or want to escape for a little "me" time, we are here to make it happen. Advanced reservations are encouraged, by calling (512) 542-3626 or booking online.

Get Away, Closer to Home 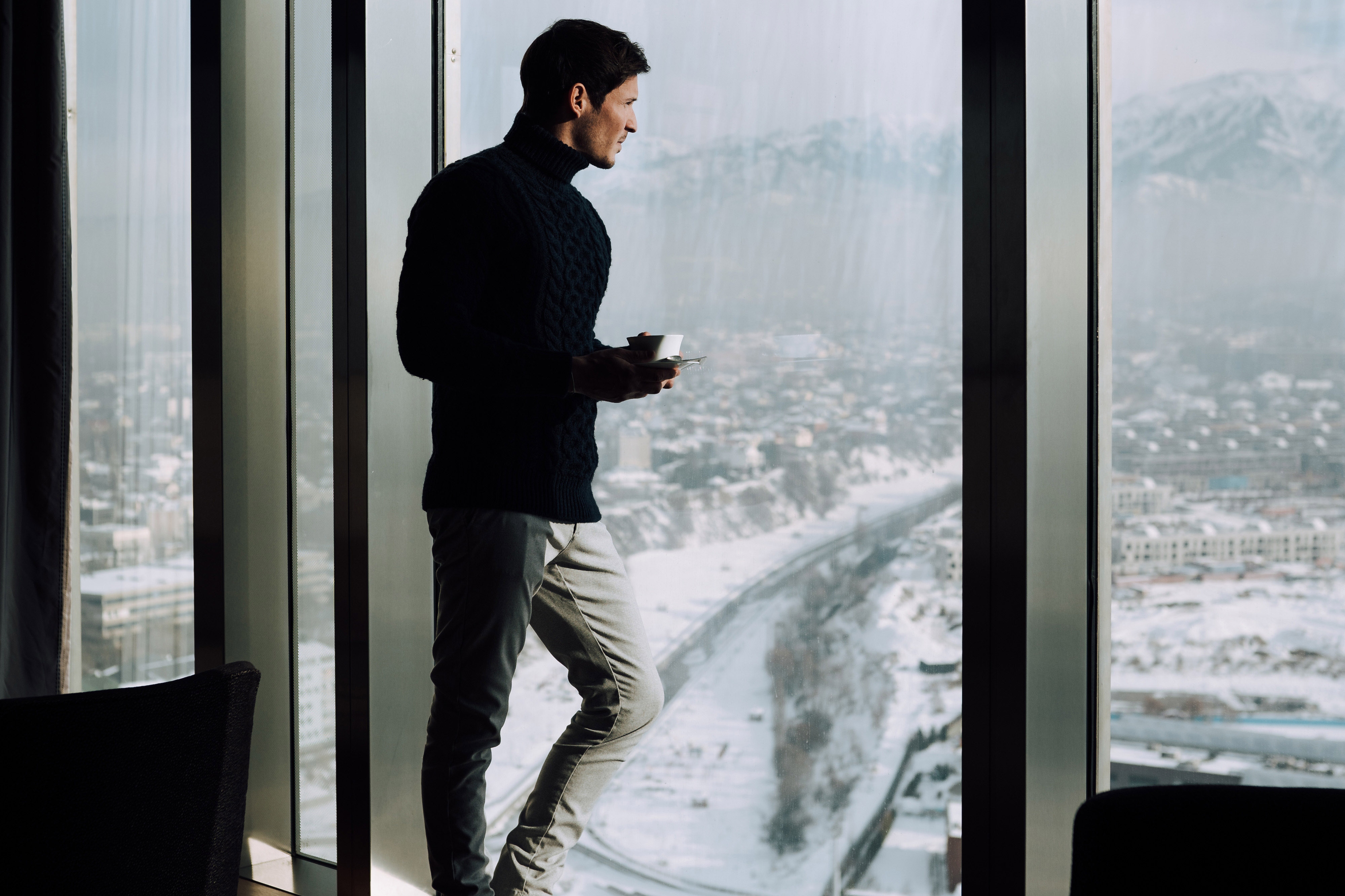 More Space to Chill Out

Relax and elevate your winter travel with a complimentary room upgrade or discounted suite experience at select hotels.

W Austin features fantastic spaces to host your next party or event. From private dinners to important celebrations, W Austin can provide the ultimate VIP experience for you and your guests.

We would love to host your party and always look forward to booking events of all types:

Interested in serving lite bites or meals at your event?

For all inquiries in booking a reservation, please contact waustinsales@whotels.com or call 512 542 3665.

From 24-hour in-room dining and a 24-hour Welcome Desk to express check-out and a multilingual staff, we've got everything covered and more. You'll find everything you dream of in our stately sanctuary—with our Whatever/Whenever® service, no wish is too out there.

Rock out with our W list of Grammy Award-worthy amenities. We've got iPod Shuffles for that run along Lady Bird Lake trails. Consider healthy and hearty freshly packed gourmet meals from our W2Go service done. No problem in getting the goods home post-2ND Street District shopping with our Luggage Forward Service. From 24-hour in-room dining and a 24-hour Welcome Desk to express check-out and a multilingual staff, we've got everything covered and more. You'll find everything you dream of in our stately sanctuary—with our Whatever/Whenever® service, no wish is too out there. We'll make your special moment magical and transform your dreams into reality. Planning a proposal? Bed forts? Bathtub of hot chocolate? At W Austin, enjoy whatever you want. Whenever you want it (as long as it's legal).

W Austin is a pet-friendly hotel in downtown Austin, Texas. Our signature Pets Are Welcome™ (P.A.W.) program makes sure that furry friends enjoy their visit as much as you. At our pet-friendly Austin hotel, we treat your four-legged friend as part of the family.

This hotel is committed to making our facilities, amenities and services accessible to guests with disabilities.

Wireless high-speed Internet in all guest rooms is available for $14.95 USD, per day. Complimentary Wi-Fi is also available in public areas and the business center.

The W Austin is an eco-friendly hotel in Austin, where we’re keen to be green. At W Austin, you can indulge without checking your conscience at the door. W Austin is part of Block 21, the first mixed-occupancy project of this type and size in the world to achieve LEED® certification. With nearly every facet of our hotel designed to support a sustainable future, we have perfected sophistication and sensational living down to a science. From exceptionally high percentages of sustainable, ecologically friendly and organic practices and verdant outdoor space to defy the conventions of urban concrete to incredibly efficient water and energy usage and in-room recycling, we are passionately committed to thinking green wherever and whenever possible.

Just How Green Are We?

Staying green is easy at W Austin - not to mention rewarding. For each day you decline housekeeping service, we'll reward you with 500 Starwood Preferred Guest Starpoints® (except day of departure) redeemable for future stays at any Starwood hotel. To opt into the program, simply check the "Make a Green Choice" box (located in the Optional Information section) during the online booking process or request participation at check-in. Learn More about our green initiatives.

Since the early seventies, Scott Newton has artfully chronicled and captured the iconic moments of Austin’s music scene. His work spans Austin musical history continuously from 1970 on, longer than anyone else working the Austin music scene. Showcasing these legendary moments, Newton’s striking photographs bring music to life and can be seen in each of W Austin’s guest rooms.

Each print has a story. Whether it’s Willie Nelson running in a race, Jimmy Buffet drinking a beer or Merle Haggard performing at Willie’s Fourth of July Picnic, Scott was there to capture all the remarkable (and sometimes emotional) moments that made these famous musicians who they are today.

Scott has been the official photographer of Austin City Limits since 1979. Before that, he served as house photographer for the Austin Opera House.

His work can also be seen throughout Austin at the Keller­-Pfluger Gallery at the Moody Theater, etc. In 2010, Scott’s Austin City Limits photographs were exhibited for six months at The Rock and Roll Hall of Fame in Cleveland, Ohio.

Need a great gift for the music lover? Scott has published several books to his name including Austin City Limits—A History in Photographs and more recent, "Austin City Limits -- A Monument to Music". Feel free to also take a look through his ACL galleries, which can be purchased, or take a glance at his signed fine art at the Modern Rocks Gallery. Definitely worth a look.

When you're here, you can feel it: there's no other city like Austin. Want to make the most of your visit? Our W Insider, Frank, is here to help. From fashion to music to late-night drinks, no request or desire is too big or too small. From perennial Austin haunts to up-and-coming hotspots, Frank has his finger on the pulse of our city. Read on for a sample itinerary of Frank's perfect Austin day.

Shopping at Austin favorite for one-of-a-kind fashion finds Whether looking for a pair of sunglasses for one of Austin’s many festivals or something else, By George boutique has you covered. It’s a staple here in Austin’s fashion scene where you can find unique items made here in town and ever hard to come by one-offs, from the world’s most sought after designers.

One of Austin's most dynamic music venues Austin may be the capital of Texas, but it’s also the live music capital of the world. W Austin is connected to ACL Live Moody Theatre, home of the acclaimed Austin City Limits series, the longest running music television show in American history. ACL Live also boasts an impressive collection of Scott Newton concert photography.

The studio behind Austin's most iconic signs. Colorful and distinctive neon signs are a hallmark of Austin's vibrant and unique style. Evan Voyles, an industry expert in all things neon, crafts vintage-style designs with a modern twist at his studio and gallery, Neon Jungle. His work shines bright even amongst the eclectic group of people and businesses in funky South Austin.

An East Austin haven for artists and creatives. East Austin is THE place for up-and-coming central Texas artists, and the Canopy creative community is one of its standouts. A visit to Canopy emphasizes the connectedness between art, culture, and the public. Visit a working artist's studio, browse public galleries and shops, or grab a hand-crafted coffee.

A music-lover's paradise, rocking Austin since 1982. An Austin music scene staple, Waterloo's friendly and oh-so-knowledgeable staff can't wait to introduce you to your new favorite album. Drop by to browse the extensive vinyl collection, browse hard-to-find tracks from any genre, attend an artist meet-and-greet, or catch a free in-store concert from a white-hot new band.

Want Your Own Insider Experience?

W Insiders across the globe are your backstage pass to what's new/next, an in-the-know group of who set the stage for amplified experiences worldwide. Our Insider is here to provide extraordinary, unexpected and next-level local experiences that exemplify the very essence of the W Austin lifestyle. Whether your passion is fashion, design, music, nightlife, or something completely unique, book our LIVE LOUD package for exclusive access to the eclectic energy of Austin.

Get Insider access to experience Austin. Allow our W Insider to whisk you away to one-of-a-kind experiences surrounding the very best of Austin. Book online or call 877 822 0000 and mention rate plan WINSIDER.

For more information about the physical features of our accessible rooms,common areas,or special services relating to a specific disability,please call +1 512-542-3600