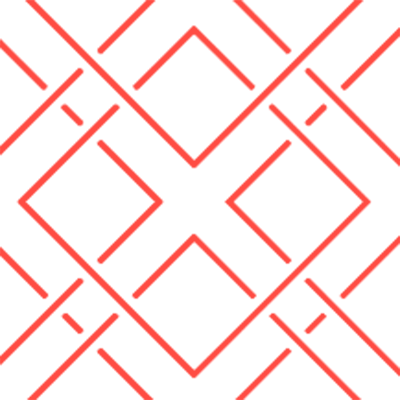 Welcome to The St. Regis Astana

The St. Regis Astana occupies the most prestigious address in the capital city, located in Astana Central Park. Known as the heart of Astana, the award-winning design by Wimberly Interiors combines modern with neo-classical elements, defining the modern-day interpretation of the St. Regis legacy that began more than a century ago in New York. Our 5 star hotel features 120 luxurious guest rooms, including 14 Ambassador Suites, 6 St. Regis Suites, 2 Royal Suites, and a Presidential Suite. All guests can take pleasure in the legendary St. Regis Butler service. The culinary offerings include La Rivière and Asakusa at The St. Regis Astana and The St. Regis Bar with a cognac bar and library. The luxury leisure facilities include Iridium Spa, an indoor swimming pool, and The St. Regis Athletic Club. The hotel is also offering unrivaled event and meeting space for weddings and special celebrations including Astor Ballroom, Winter Garden, seven meeting rooms, and a business center.

In its warm, inviting atmosphere with an open kitchen and pastry and bakery corner, La Rivière offers Italian cuisine and the finest wine in Astana.

The St. Regis Bar offers a lively ambience perfect for socializing and celebrating after a busy day. The bar features an exclusive selection of the world’s finest champagnes, rare vintage wines and hand crafted cocktails.

Whether you are looking for a shrine to sushi or a full-blown izakaya experience complete with sake pairing, you will find it at Asakusa. This casual fusion restaurant offers Pan-Asian-inspired dishes and selection of tasty meats and friendly service.

The Best Address in Astana

Located in Astana Central Park, The St. Regis Astana provides an ecologically friendly, secured and private environment, and is in close vicinity of the embassies, corporate headquarters and more.

Like Napoleon once said, "Champagne - in victory one deserves it - in defeat one needs it." Opening a bottle of champagne with a saber has since been a very dramatic way of serving sparkling wine.

We invite you to join us as we celebrate and welcome the beginning of a new evening with champagne and the art of sabrage. This captivating tradition is preserved in the elegant setting of the hotel’s The St. Regis Bar.

Allow a St. Regis Butler to take care of the unpacking and storage of your luggage so you may simply relax and enjoy your time. Before you depart, contact the Butler Service Desk to assist with gathering and folding your garments for the journey home.

Once unpacked, let your St. Regis Butler know which garments require pressing and they will be pleased to assist, returning the garments to your wardrobe promptly. Two garments per person per day may be pressed complimentary.

From creatively themed events, to the finest galas or destination weddings requiring the finest address, our service professionals are able to facilitate the creation of your unique event with precise execution.

Inspired by Kazakh culture and traditions, our signature Iridium Spa is an oasis of timeless sophistication.

Plan and Prepare for your Stay

Delivering service beyond expectation, our expert Concierge team is pleased to curate customized travel itineraries and recommend the finest destinations throughout Astana.

Situated on the banks of the Ishim River and overlooking Central Park, the hotel elevates timeless architecture with modern flair.

Our self-service business center is furnished with a computer workstation equipped with a printer/scanner. Laptop rentals are also available.Our exceptional staff is prepared to assist with faxing and copying needs as well as secretarial, parcel, or translation services. Fees may apply for some services.

We are pleased to offer complimentary high speed internet access at 5 Mbps. Premium speed, up to 10 Mbps, is available for a daily fee.

Polo, one of the world’s oldest and most fascinating sports, started with humble beginnings in Persia as a form of military training. Polo became a sport played by the nobility and military men when Persian Emperor Shapur II learnt the game at seven years of age. The game spread across the eastern world as countries were conquered with the earliest recorded polo tournament was in 600BC when the Turkomans beat the Persians in a public match. Since then, polo is often associated with the rich and noble, earning the title “Game of Kings”. Polo is played on horseback between two teams of four players, each with mallets drive a wooden ball down a grass field between a goal post. The association between St. Regis and polo emerged early in the 20th century when both the sport and The St. Regis New York became part of New York's vibrant summer social scene, where the Astor family was a prominent fixture.

Ignacio "Nacho" Figueras is the perfect gentleman and the first ever St. Regis Connoisseur. As such, Nacho embodies the meaning of the word "Connoisseur" - whether playing one of the world's oldest and most fascinating sports with discernible sangfroid or whether he is travelling across continents working with the world's 'great and good' often to support those less fortunate than himself; he is an expert judge in matters of taste.

The St. Regis Astana has become the first hotel development in the world to be assessed and receive certification by LPCB when piloted against SABRE, the new security certification scheme for buildings and built infrastructure assets by BRE Global. SABRE is a standard that building owners and occupiers can adopt to measure and evaluate how well they manage security risks, and to communicate their security credentials to the market. The independently operated scheme recognizes and rewards a risk based approach to security, good design, construction and management.

The St. Regis Astana is the first hotel in Kazakhstan, rated by BREEAM, the world’s foremost environmental assessment method and rating system for buildings, designed in 1990 by the British company BRE Global.

One of the most influential magazines in the United Arab Emirates - Time Out Abu Dhabi, has recently published a Travel Hot List 2017. The St. Regis Astana is a recommended place to stay in the capital of Kazakhstan.

The New York Times rated Kazakhstan 26th among 52 Places to Go in 2017. The growing interest from the global community is evoked by the fact that the top international hospitality brands, including St. Regis, are entering in the capital of the republic and Kazakhstan is hosting EXPO 2017.

Dogs and cats only with weight limit of up to 10 kg, fee will be applied

Maximum Number of Pets in Room: 1

For more information about the physical features of our accessible rooms, common areas or special services relating to a specific disability please call +7 717-2790888