Welcome to The St. Regis Venice

Avant-garde in outlook and design, The St. Regis Venice merges striking, modern interiors with its historic provenance as the best address in the city. Flanked by the Grand Canal with views across iconic landmarks, the hotel has stood in this privileged position for over a century and a half. Stylish design, intelligent technology and St. Regis Butlers cultivate an environment of impeccable comfort in 130 guestrooms and 39 suites, a selection of which graced with private terrace. The preserve for relaxation and socializing, our Italianate garden presents access to a range of dining and beverage options at Gio’s Restaurant and Terrace, the St. Regis Bar and at Arts Bar. A choice of areas transform easily to host up to 110 guests for celebrations, weddings and meetings, while the SPA Suites and an Exercise Room provide avenues for unwinding. Behind the hotel, luxury boutiques and contemporary art galleries lead the visitor to Teatro La Fenice and the treasures of Piazza San Marco, just four minutes away.

Restaurant and Bar Updates
The operating hours, capacity and table seating arrangements of Gio's, the St. Regis Bar and Arts Bar may vary based on evolving government regulations related to Covid-19. Please contact us directly for information and to reserve a table.

Relax and unwind surrounded by residential comfort in our extraordinary collection of suites, each one of which uniquely encapsulates the artistic and cultural legacy of Venice.

A locus of style, design and contemporary art, The St. Regis Venice is where uncompromising luxury and elegant surroundings flawlessly merge with the spirit of the city to attract the vanguard of today.

The St. Regis Venice immerses visitors in the captivating charm of the destination. Open your windows and indulge in superb views of timeless architectural icons, the Grand Canal, our Italianate Garden, or of the stunning rooftops and traditional calle of this romantic city.

A rarity unique to The St. Regis Venice, a selection of guestrooms and suites is graced with private terraces that extend the residential experience outdoors.

The Best Address in the City

Following an extensive restoration, each room has been reverently furnished to cherish the artistic and cultural heritage of the building, while also embracing the evolution of La Serenissima and the St. Regis brand’s spirit of modern glamour.

An unexpected haven in the midst of Venice’s contemporary art scene, Gio’s Restaurant & Terrace presents a modern journey of Venetian and Italian dishes crafted with integrity and a disruptive twist.

Reflecting a modern interpretation of classic Venice, the private, Italianate garden is a dynamic space where local residents and guests mingle.

A retreat for sensorial relaxation and notable socializing, our secluded Italianate Garden, a jewel in the city, presents views of notable landmarks and is complemented by geometric patterning, curlicue topiary, formal rose planting and fluid pathways.

The Art of Celebration

From social events to weddings and celebratory gatherings, our selection of iconic al fresco areas and indoor spaces immerse guests in the unique beauty of Venice.

From the first visit to the last moment of each celebration, every detail is carefully choreographed by our anticipatory service and tailored to every guest's desire.

Inspired by the Venetian masterpieces of former guest and Impressionist painter Claude Monet, the refined interiors of the guestrooms display an alluring colour palette that represents the play of light and its passage from dawn to dusk. The design of the public spaces pays homage to the vanguard style of Carlo Scarpa, one of Venice’s greatest artists and architects. A curated and eclectic collection of artwork and sculptures inspired by the artistic legacy of the city transports ancient Venice to today’s luxury travellers in a modern way.

Muse of the Arts

Understated Venetian styling is seen throughout the hotel in bespoke tailored fabrics and custom, handcrafted furnishings, the design of which takes inspiration from the heritage, traditions, shapes and patterns that layer the city.

Nodding to the hotel’s tradition of welcoming famed artists, the hotel’s first resident artist, Parisian Olivier Masmonteil, has been commissioned to create original artworks to adorn the Gran Salone, and the Monet and Presidential Suites. Capturing the attention of guests, the four stunning paintings in the Gran Salone present a contemporary interpretation of four of Tintoretto’s finest masterpieces on display at the Palazzo Ducale.

The Venetian tradition of glassmaking also lives on, celebrated through a partnership with Glasstress, the creative project of Berengo Studios. This unique project marries contemporary art and historical glass blowing techniques, and invites world-class artists of various disciplines to collaborate with Murano glass masters in the creation of bespoke works of glass art. Many of these iconic masterpieces may be admired at The St. Regis Venice.

A Curated and Eclectic Collection of Artwork

Unconventional arbiter of contemporary taste, each ambience at The St. Regis Venice is infused with timeless inspirations, connecting contemporary art with the city's traditions. An eclectic collection of artworks and sculptures inspired by the artistic heritage of the city is showcased throughout the hotel as well as in the rooms and suites, bringing ancient Venice to today’s luxury travellers in a modern way, and giving the guests a sense of total immersion in an environment populated with art.

Unwind at a leisurely pace, with all details flawlessly curated.

Pursue sensory relaxation with a soothing massage in our SPA Suites at The St. Regis Venice, or take to water for a day in an iconic Riva Yacht or elegant water limousine. 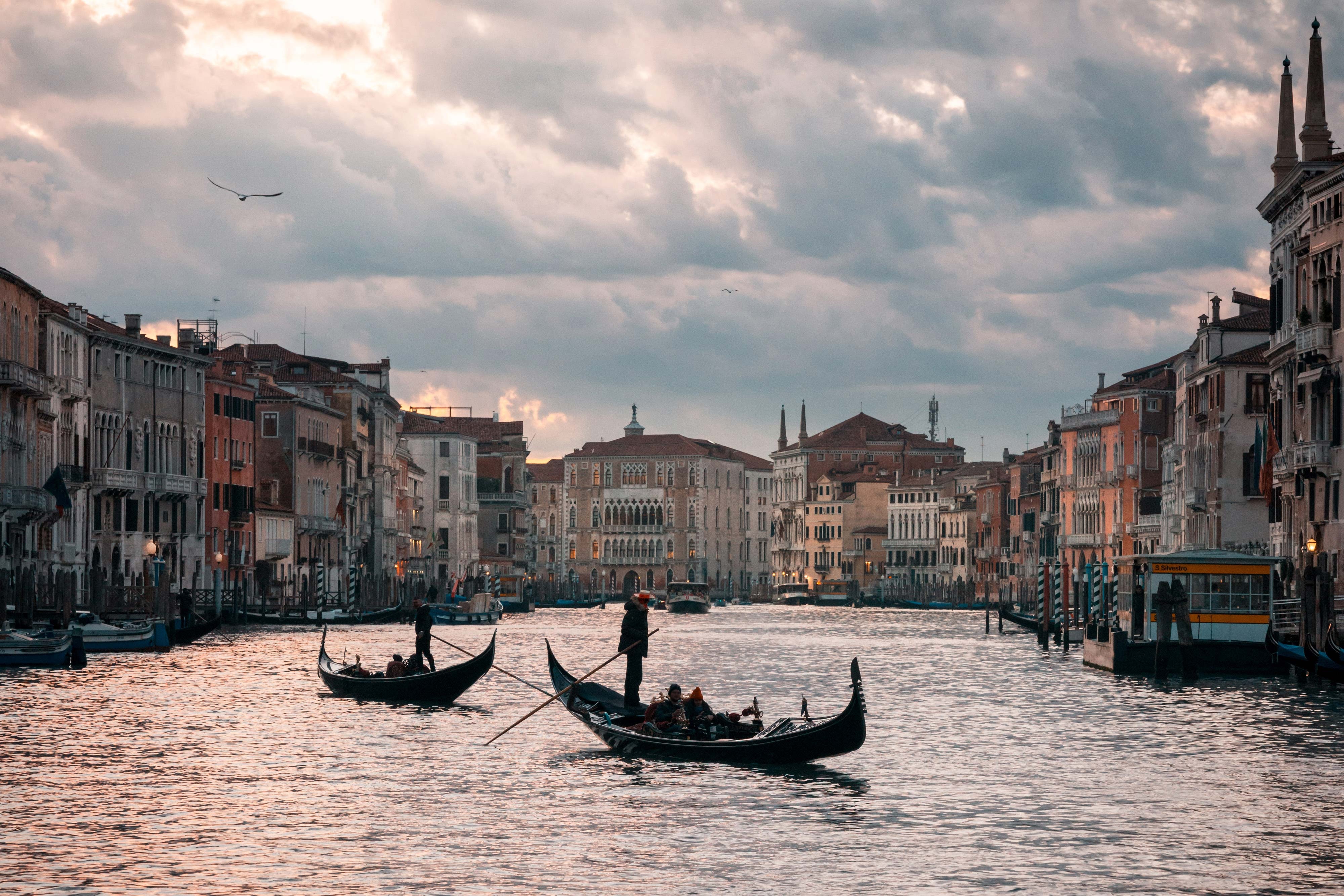 Escape to The St. Regis Venice for the perfect romantic retreat. Embrace the city’s captivating spirit while we anticipate every precious detail of your stay. 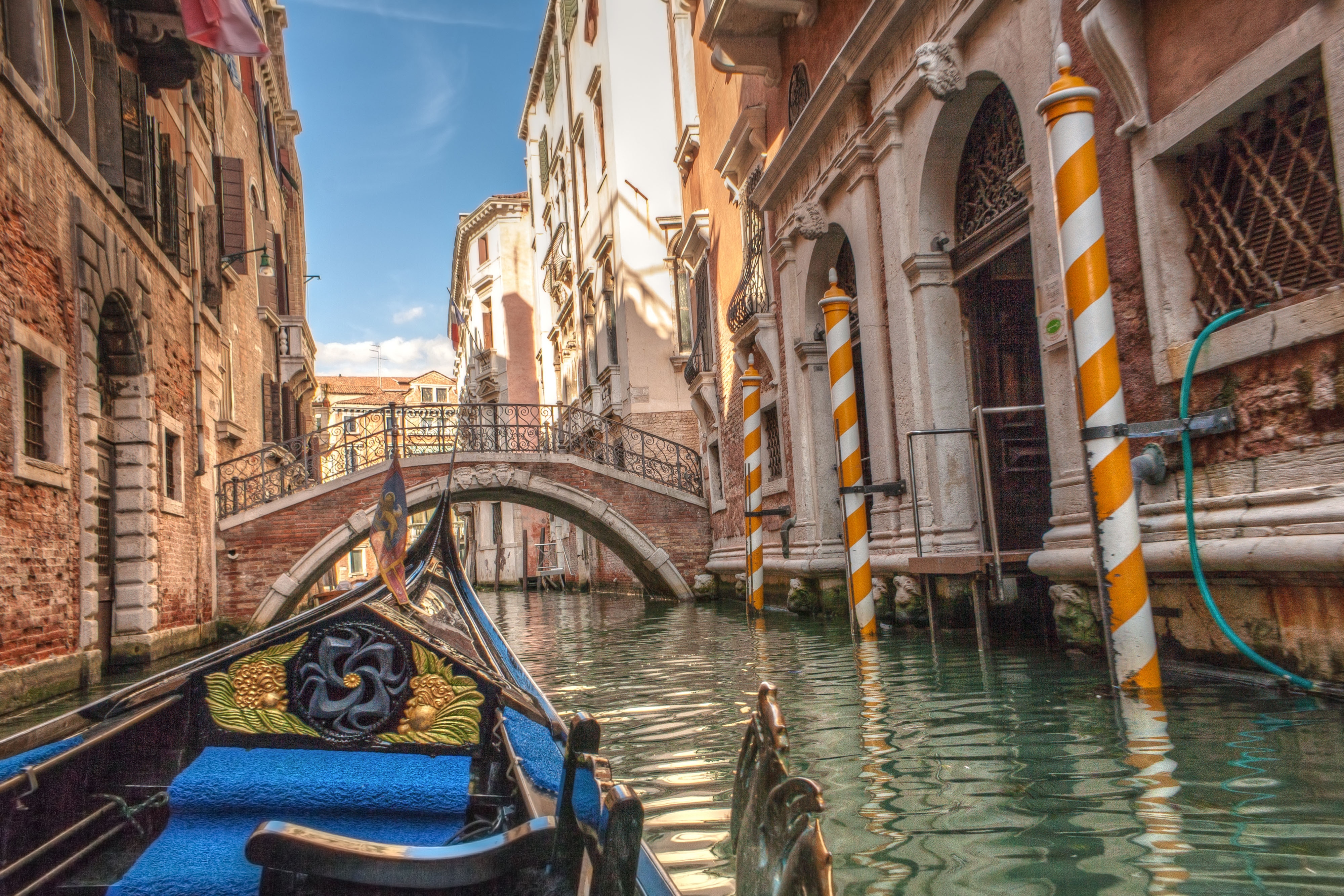 Stay exquisite at the best address in Venice. Begin each day with the pleasure of a full breakfast, and enjoy a 90 Euro dining credit per room daily.

A hallmark of flawless and intuitive service, the anticipatory personalized service of the St. Regis Butler is available to all guests of The St. Regis Venice and ensures that their unique preferences are understood and realized. The anticipatory, personalized St. Regis Butler Service is one of the hotel's signature offerings. St. Regis Butler Service is dedicated to understanding and addressing your unique preferences and fulfilling every detail, no matter how small, for the duration of your time with us in Venice. Guests staying in our suites will enjoy the careful attention of a personal butler, who will assist with everything from arranging romantic celebrations on private terraces overlooking the city to personal shopping experiences at the hotel or after hours in designer boutiques - as well as a well-packed gourmet hamper for a day's cruising on the Venice lagoon.

Allow a St. Regis Butler to take care of the unpacking and storage of your luggage—so that you can relax and settle in for your stay. Similarly, before you depart, simply contact the butler service desk for assistance with gathering and folding your garments to prepare your luggage for the journey home.

Once unpacked, simply let your St. Regis Butler know which garments require pressing and they will be pleased to assist, returning the garments to your wardrobe promptly. This service includes pressing of two garments per person, upon arrival.

During your stay, whether you are inside or outside the hotel, a St. Regis Butler is accessible at any hour via email. Simply send your request to venice.butler@stregis.com and allow the Butler Service Desk to assist.

Wrapping visitors in a Modern-Day Venice, the design of the hotel cherishes the artistic and cultural heritage of the building, while also embracing the evolution of La Serenissima and the St. Regis brand’s spirit of modern glamour. An invitation to discover Venice from a new perspective, one that reveals understated layerings of patterns, shapes, nuances and bespoke craftsmanship.

Unconventional arbiter of contemporary taste, The St. Regis Venice is recognized as a superb celebration of Venetian heritage and the city’s most desired address.

After a full-scale renovation restoring the hotel buildings to the grandeur of the former Grand Hotel Britannia, The St. Regis Venice debuted in 2019, bringing with it a new era of glamour to Venice. Reinterpreting the city's rich heritage with a contemporary lens, the hotel marries its celebrated legacy with the St. Regis brand’s modern design and bespoke service throughout a unique collection of five Venetian palaces.

The five ‘palazzi’ that make up the hotel enjoy a position of privilege overlooking the Grand Canal, with Badoer Tiepolo, the oldest palazzo dating back to the 17th century. By the 19th century, palazzi Badoer Tiepolo, Barozzi and Regina were converted into the Grand Hotel Britannia, more recently known as Hotel Europa & Regina. Carlo Walther, owner and manager of the Grand Hotel Britannia, shared the same visionary spirit and passion for technology as John Jacob Astor IV, founder of St. Regis Hotels & Resorts - the Grand Hotel Britannia was in fact the first hotel in Venice to have electricity. The hotel's special location carried an important significance for artists, as much for the opportunities of capturing the romantic light of the city and the beauty of the panorama at the mouth of the Grand Canal, as for the hotel's role as a gathering place for the varied cultural circles in Venice during the Belle Epoque.

At the turn of the 20th century, Venice in fact offered foreign artists a way of life that was congenial, convivial, and inspiring.

Today The St. Regis Venice offers guests an insight into the hotel's intriguing and illustrious history continuing, at the same time, to cultivate the imagination of today's tastemakers. The refined residential design inspired after Venice itself, the hotel's curated art collection which reflects a contemporary spirit for creativity, and the meaningful details discreetly placed throughout, seamlessly engage visitors with the future and the past.

Throughout its history as a hotel, The St. Regis Venice, in its various guises, has attracted international intellectuals and socialites, royalty, aristocracy, dignitaries, as well as famous writers, composers, and artists, including J.M.W. Turner, John Singer Sargent, Franz R. Unterberger and the vanguard of French Impressionism, French painter Claude Monet. It was in the autumn of 1908 that Monet and his wife Alice spent over a month at the then Grand Hotel Britannia where he discovered the extraordinary view of San Giorgio Maggiore island from the window of his hotel room. This same view and the captivating passage of light would be one of the motifs of his Venetian "beginnings", many of which are now acclaimed masterpieces.

Noteworthy guests of the literature world have included Gabriele D'Annunzio, Gustav Mahler, and German poet Rainer Maria Rilke who during his stay at the Grand Hotel Britannia produced some of the poems collected in his work "Spaetherherbst in Venedig" and the novel "A Scene in the Venetian Ghetto". American-British writer Alice Muriel Williamson, guest of the Grand Hotel Britannia, penned it as the most comfortable hotel in Venice and the only one with a garden on the Grand Canal in her 1905 novel "My Friend the Chauffeur". American writer and artist Francis Hopkinson Smith frequently spent his summers in Venice at the Grand Hotel Britannia, including the hotel and the garden in his work "Gondola Days".

A St. Regis ritual that honors the Bloody Mary cocktail created by barman Fernand Petiot in 1934. Santa Maria, our local interpretation of the cocktail, is characterized by innovative techniques and a modern approach.

The Art of Sabrage. Celebrate the transition of the day into the night with our champagne sabering ceremony, the St. Regis signature ritual transforming evenings into superb celebrations.

For more information about the physical features of our accessible rooms, common areas or special services relating to a specific disability please call +39 041-2400001