Stay in the heart of downtown and enjoy stunning city views from floor-to-ceiling windows in every guest room at JW Marriott Nashville, one of Nashville’s top luxury hotels. Our convenient location places you near the most popular attractions in Nashville, TN, such as the Nissan Stadium, the Schermerhorn Symphony Center, &nbsp;Music City Center and so much more. Catch a game at Nissan Stadium or attend a convention at Music City Center before returning to our hotel. Enjoy thoughtful amenities like the relaxing Spa by JW, rooftop pool deck at Cabana Club, artfully crafted cocktail lounges and three distinct dining experiences including Bourbon Steak, by Michelin-Starred Chef Michael Mina. We hope to welcome you soon.

An urban oasis tucked away from the bustle of downtown Nashville, our hotel's spa strives to connect your mind, body and spirit with an indulgent array of skin treatments and massages.

Outdoor Pool - Closed for the Season

Please Note: The Rooftop Pool Deck will be closed for the season from mid-October to the end of April.

Downtown Nashville’s largest rooftop pool deck offers a stylish urban oasis featuring a seasonal pool bar and grill, 6 private cabanas, and stunning views of the city skyline. Lounge chairs plus bar and grill seating are provided on a first-come first-served basis. To reserve your very own private cabana for a maximum of 10 guests, click ‘Reserve a Private Cabana’ below. *The JW Marriott Nashville rooftop pool deck is available exclusively to hotel guests. Please note: the rooftop pool deck will be closed for the season from mid-October to the end of April.

Our full-service Spa by JW offers a well-being experience that inspires relaxation, clarity and self-care.

Reset for a moment of serenity. Find your centre by slowing down time, so you’re ready to take on whatever comes next.

You deserve the best. For all that you do, take time for some special nourishment. After all, life’s simplest pleasures should not be forgotten.

Stress takes its toll. Embrace your own vitality by replacing what’s been lost, enlivening your body and clarifying your mind.

Unclutter your mind and body. Our busy lives often leave little room to focus on ourselves. Cleanse and purify to gain absolute clarity.

In a rush? Indulge in a treatment leaving you feeling revitalized in 25 minutes or less.

Treat your hands and feet to luxurious manicure and pedicure services.

Spa Packages
Understanding the importance of taking care of yourself is simple. Actually ensuring you are doing it is a different story. Heal your mind and body while giving yourself the necessity of wellness. Our spa packages will assist you on that journey.

After you’re finished, dry off with plush JW Marriott terry towels and a glass of fruit and herb infused ice water; bottled water stations are also available to keep you hydrated throughout your day.

Located on the lobby level, our signature boutique, draws you in with a plethora of sundries but won’t let you leave without a serious browse. All the bells and whistles, the extras, the things you need – and those you just want. Hours of Operation Daily: 7 a.m. – 10 p.m.

Enjoy poolside celebrations at Cabana Club this summer for holidays including Memorial Day, Independence Day and Labor Day. Our poolside bar and grill offers a wide array of seasonally inspired menu items, along with cocktails and gourmet, fresh fruit, alcoholic and non-alcoholic popsicles. Guests can look forward to live DJ performances and fun seasonal themes, including clambake and BBQ.

Explore exquisite modern artwork showcased throughout our luxury hotel on a guided tour led by our knowledgeable staff. These exclusive and complimentary tours are offered to guests as well as the general public. To join, meet at the Concierge Library on Thursday, Friday, Saturday and Sunday at 3:00 pm CST sharp. Each tour highlights sculptures, modern art, theater, film, and our very own hand-crafted work. 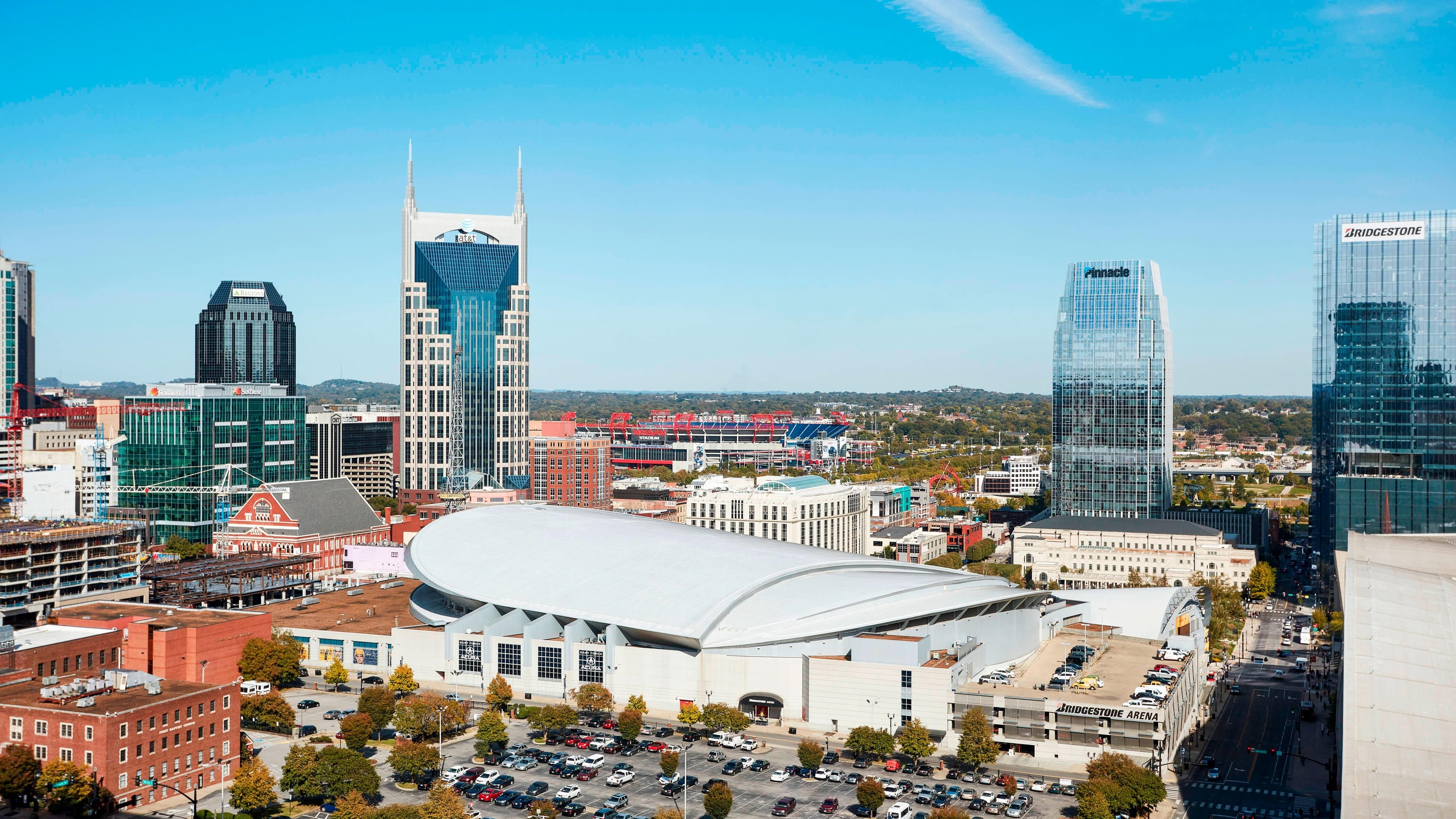 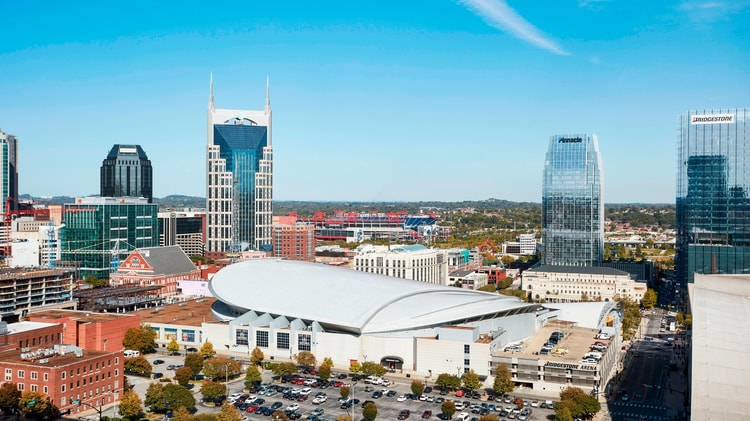 No matter what season you find yourself in Nashville, you’ll discover dozens of fairs and festivals fueled by the city’s rich history and musical heritage. Stop by the concierge desk for up-to-the-minute intel on the best annual events and everyday, all-round fun in the capital city.

Home of the Nashville Symphony, the neoclassical Schermerhorn Symphony Center is among the finest acoustical venues in the world.

TPAC for short, the Tennessee Performing Arts Center is home to the Nashville Ballet, Nashville Opera, and Nashville Repertory Theatre, and is the Nashville stop for touring Broadway productions.

Known as “the Mother Church of Country Music,” the historic Ryman Auditorium is a treasured landmark and the birthplace of bluegrass. Don’t miss the chance to record a song in the Ryman Recording Studio or take a self-guided or guided backstage tour.

The Mall At Green Hills

With more than 100 stores ranging from Tiffany & Co. to Nordstrom, the sprawling Mall at Green Hills is Nashville’s epicenter of fashion.

Known as Lower Broad, this eclectic section of Broadway is home to fun restaurants and retailers, including Boot Country, the Boot Barn, and Tequila Cowboy.

A converted Nashville gas station is home to this retail hotspot for denim lovers. These vintage-soft beauties are made right onsite.